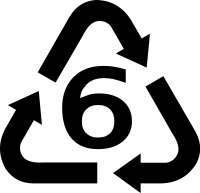 About two years ago, we bumped our runtime JRE requirement from Java5 to Java6. And so the time has come once again for us to finally move on to Java7. Because of all the new language features, many of us the developers really wanted to move right on to Java8, but after much discussion we settled to move to Java7 first and then to Java8.

So here is the plan:

Java7 has more NIO improvements that allow us to do some file I/O in more portable manner. Similarly, servlet 3.0 will help us build more interactive UI.

Your Jenkins master and all the build slaves need to be running on Java7+. Similarly, those who are using the Maven2 job type must also run Maven with Java7+. However, this does not prevent you from using Jenkins to build your applications that are targeted to earlier versions of Java. According to our research, most platforms people run Jenkins on has been already shipping Java7 for quite some time now. But if you have a good reason why we shouldn't force everyone to Java7, please let us know ASAP.

To put this into context, Oracle will not release updates to Java7 past April 2015. We have always recommended users to run the latest general release according to Oracle, which is currently Java8. As I said, I suspect we will be requiring Java8 pretty soon. So if you are still running Java6, you should definitely upgrade to Java8.
About the Author